To share your memory on the wall of BILL EVRIDGE, sign in using one of the following options:

He was born On December 2, 1950, in New Orleans, Louisiana, to Tom and Catherine (Cauley) Evridge. On February 18, 1978, he was united in marriage to Cheryl White in Abilene, Texas. Bill was devoted to his family and was an outstanding husband, father, and grandfather. For most of his life he worked as the Director of The Print Shop at Texas State Technical College in Waco until he retired. When he was not involved with family and work, Bill was an avid gardener.

He is survived by his wife of forty-two years, Cheryl Evridge of Waco; sons, Joshua Evridge of Waco, and Jeremy Evridge and wife Francisca of Phoenix, Arizona; brother, Kim Evridge and wife Lupe of Mansfield; granddaughters, Katelynn Evridge, and Katherine Evridge; and numerous nieces and nephews. He was preceded in death by his parents, Catherine and Tom Evridge; and twin brother, Chris Evridge.
Read Less

To send flowers to the family or plant a tree in memory of BILL EVRIDGE, please visit our Heartfelt Sympathies Store.

Receive notifications about information and event scheduling for BILL

We encourage you to share your most beloved memories of BILL here, so that the family and other loved ones can always see it. You can upload cherished photographs, or share your favorite stories, and can even comment on those shared by others.

Debbie Moore sent flowers to the family of BILL EVRIDGE.
Show you care by sending flowers

3 trees were planted in the memory of BILL EVRIDGE

Posted Dec 08, 2020 at 09:18am
Bill was a laid-back guy that was fun to be around I enjoyed the years of working with him. I was heart broken to hear of his passing. God Bless his family.
Comment Share
Share via:

Posted Dec 04, 2020 at 09:42am
I was saddened this morning to hear of Bill's passing. We were friends for 30 years at TSTC, and Bill was unfailingly kind and helpful. When deadlines were short, and requests were urgent and late, he always met every demand with grace and kindness. I've never heard him speak a negative word about anyone. I'm so sorry for your loss. TSTC was a better place (a truth surely not often enough expressed) of his steady, competent and gracious presence.
Comment Share
Share via:
DM

Posted Dec 03, 2020 at 07:10pm
I am so sorry for your loss of Bill. He was a great boss for all the many years I worked with him. We all really missed him after he retired. 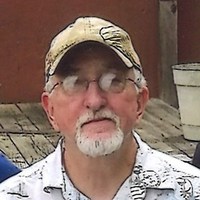