To share your memory on the wall of BILLIE JEAN COUCH, sign in using one of the following options:

She was born on June 12, 1930, in Hamilton, Texas, to Charles and Bessie (Harrington) Barnes. On December 2, 1950, she was united in marriage to Bobby W. Couch in Seguin, Texas. He preceded her in death on May 17, 1997. Billie Jean was devoted to her family and loved her grandchildren to a fault. She was a homemaker and an excellent cook. She was kind, generous, always willing to lend a helping hand, never met a stranger, and was beloved by everyone with whom she came in contact. A devout Christian, Billie Jean was a member of First Methodist Church of Gustine.

To send flowers to the family or plant a tree in memory of BILLIE JEAN COUCH, please visit our Heartfelt Sympathies Store.

Receive notifications about information and event scheduling for BILLIE JEAN

We encourage you to share your most beloved memories of BILLIE JEAN here, so that the family and other loved ones can always see it. You can upload cherished photographs, or share your favorite stories, and can even comment on those shared by others.

Phyllis and Melvin Seider, Kathy, and other have sent flowers to the family of BILLIE JEAN COUCH.
Show you care by sending flowers

3 trees were planted in the memory of BILLIE JEAN COUCH

Prayers for comfort. We celebrate the legacy She leaves in each of you.
PS

Posted Jul 17, 2020 at 03:58pm
Aunt Billie was one of the most loving person I have ever known. I know she is celebrating with her brothers and sisters at the right hand of God!!

Phyllis and Melvin Seider purchased flowers and planted a memorial tree for the family of BILLIE JEAN COUCH. Send Flowers

Posted Jul 17, 2020 at 02:33pm
Our thoughts and prayers are with you. They are having a celebration in heaven. Love to all Sue,Mike, Marilee and Kathy Kiger

Posted Jul 17, 2020 at 02:26pm
My sincerest sympathy to all of the family. Ma is now dancing & singing with Jesus! Love Cheryl Love 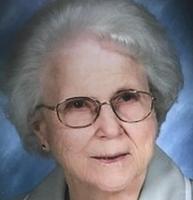