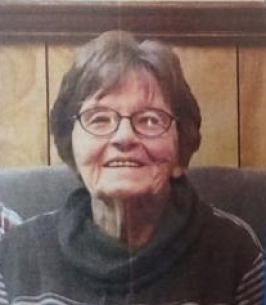 Charlotte E. Sanders of Richardson, TX passed away at her home on May 7, 2022. She was born on January 27, 1938, to Arthur and Mary Ruth Croker in Comanche, TX. She graduated from Comanche High School in 1956. After graduation, she married Leonard Sanders of Gustine, TX on June 4, 1956. Shortly after, they moved to Austell GA while Leonard was stationed in the Army as an aircraft mechanic at Ft. McPhearson, GA. After the service, they moved to Dallas, then Richardson, TX where they remained throughout their nearly 66 years of marriage.

She was a member of Creekside Baptist Church in Richardson. She was a loving mother, grandmother, and great-grandmother who cherished the times she spent with her family. She was so devoted and proud of her grandchildren, attending sporting and school events. She lovingly cared for elderly women at a local nursing home. She was also an avid Dallas Cowboys fan, cheering them on in every game.