To share your memory on the wall of DONNA CHAPMAN, sign in using one of the following options:

Print
THE BURIAL SERVICE WILL BE PRIVATE DUE TO THE CURRENT CORONAVIRUS PANDEMIC AND THE SAFETY OF EVERYONE.

RESPECTS can be paid at Comanche Funeral Home on Sunday, July 5, 2020, and Monday, July 6, 2020, between 10:00 A.M. and 3:00 P.M.Read More
THE BURIAL SERVICE WILL BE PRIVATE DUE TO THE CURRENT CORONAVIRUS PANDEMIC AND THE SAFETY OF EVERYONE.

Donna Lee (Brazell) Chapman, aged 84, passed away in Fort Worth, Texas, on July 1, 2020. Born North of Tolar, Texas, on November 8, 1935, to Alvin and Margaret (Dumas) Brazell, she graduated from the Tolar Public School and attended Tarleton State College in Stephenville. She continued her education and received a master’s degree in Library Science from the North Texas State College. Donna married her college sweetheart, James (Biggie) Chapman of Comanche County on May 31, 1957, and they returned to his childhood home of Comanche in 1959 with an infant daughter, Joyce. Donna and James began their teaching careers in Sidney, Texas.

The family added two boys, John and Paul and moved west where Donna taught in Hobbs and then Fluvanna, Texas. They returned to the area, and taught in Blanket, where the family grew again with the birth of another boy, David. They then moved to Comanche and Donna started teaching at Comanche High School. During her teaching career, Donna taught many grades and subjects, including the first computer science class in Comanche. But her first love was always the library, and eventually after years in the classroom, Donna became the librarian at Comanche High School. That job and her previous experience with computers led to a position as Comanche ISD’s technology coordinator. Even after her retirement she helped maintain the school library in Sidney and was the Director of the Comanche TelNet Community Network.

Not a couple for idleness, Donna and James became regulars at the senior dances in the area, published several books about local history and genealogy, and secured several local historical markers.

She was preceded in death by her husband James (who she always called Jim) in January 2020, her parents, a son John Tom Chapman, brother Alvin Brazell, sisters Betty Kizer and Beatrice Sutherlin.

To send flowers to the family or plant a tree in memory of DONNA LEE CHAPMAN, please visit our Heartfelt Sympathies Store.

Receive notifications about information and event scheduling for DONNA

There are no events scheduled. You can still show your support by sending flowers directly to the family, or planting a memorial tree in memory of DONNA LEE CHAPMAN.
Visit the Heartfelt Sympathies Store

We encourage you to share your most beloved memories of DONNA here, so that the family and other loved ones can always see it. You can upload cherished photographs, or share your favorite stories, and can even comment on those shared by others. 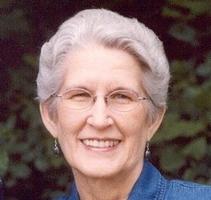