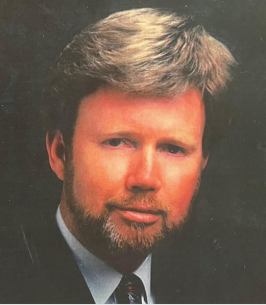 Dr. Richard Lynn Brooks of Rockwall, Texas passed away at the age of 78 on February 6, 2022. The proud son of a homemaker and painter, he was born February 15, 1943 in Comanche, Texas to Donald Richard Brooks and Minnie Lee Gore.

Few words accurately describe the beloved Dr. Brooks, but those that had the fortune to know him and love him have seen true grace and dignity personified.

Dr. Brooks graduated from Comanche High School in 1961; he thought of his hometown with great love. His proudest achievement during this time was setting the fastest record running the 400-meter race in 53 seconds. Of course, while that record has since been broken, he would proclaim that the real achievement was being the first person to even set a record to break.

Dr. Brooks attended the University of Texas in Austin, graduating with a degree in Mathematics. He worked at NASA on Apollos 11 through 15, and was later drafted by the United States Army during the Vietnam War. Dr. Brooks scored so high on the entrance exam that he was assigned to NORAD in Colorado Springs, which was a rarity for a drafted soldier. In 1974, he graduated from the University of Texas Health Science Center of San Antonio and began his medical career as a Gynecologist and later Internal Medicine.

Setting records and being first was a common trait for Dr. Brooks. In 1979, he moved to Rockwall, Texas and was the first Internist in the city. He was the first Medical Chief of Staff at Lake Pointe Hospital in Rowlett, Texas, and built Rockwall's first medical office building – Lake Pointe Health Science Center - now known as the Rockwall Medical Arts Building. He lived his life in service of others, and after 43 years of practicing medicine, Dr. Brooks retired in 2016.

In his free time, Dr. Brooks was an avid reader and a lover of science fiction and the cosmos. His literary best friends went by the name of Harry, Hermione, and Ron. He would play dominos and gin rummy until the sun rose, and he could recite the words of William Shakespeare as if they were his own. His ability to whistle was akin to walking, smooth and natural. Dr. Brooks loved to trotline fish and shoot guns in the countryside. If you were golfing with him, he was the putter you wanted on your team. He enjoyed live jazz music, dancing to Brooks & Dunn, bonfires by the lake, and push-up competitions. His competitive spirit was reflected from card games and board games to chili cook-offs.

Dr. Brooks loved animals and valued life – no matter the size. His generous heart was reflected in his charitable donations to various organizations, some of which included the Alzheimer’s Association, Special Olympics, Wounded Warriors, and ASPCA. He extended a helping hand to friends and family, patients that couldn’t afford medical care, and those struggling on the city sidewalks. Dr. Brooks was an extraordinary man whose presence is greatly missed. A charmer whose childlike personality filled the room before he even walked in. It is no surprise that our loss is as grand as his spirit. He was a wonderful man, a fine physician, and our angel.