To share your memory on the wall of EDGAR \"ED\" MUNN, sign in using one of the following options:

Ed spent his career of 35 years working for several defense companies including CAE-Link, Hughes, Raytheon, Lockheed Martin, and BAE Systems as a Pricing Analyst, Cost Estimator, and Pricing Manager. He worked in multiple cities in Texas over the course of his career as well as in several other states including Tennessee, New York, South Carolina, Colorado, Georgia, Florida, and Alabama before settling in Comanche in 2008.

Ed married Julie Lloyd in New Braunfels in 1986 and, in 1993, their son, Kyle, was born. When not working, Ed was a family man and spent time helping with his son’s activities or playing golf, his lifelong passion, whenever he was able to. He was also previously a proud member of the Elks Lodge having joined it after seeing the enjoyment the Elks Lodge of Modesto had brought his father when growing up.

Ed is survived by his wife, Julie and his son, Kyle of Comanche. He is also survived by his sister, Jackie Munn of Ceres, CA, his mother-in-law Wanda Lloyd of Comanche, and his aunts, Opal Everitt of Pearl, MS and Anne Munn of Hopeville, CA.; sisters-in-law, Janet Harrison and husband David of Dallas, and Jodie Miller and husband Coy of Gilmer; brother-in-law, Jim Lloyd and wife Kerry of Mobridge, SD. In addition, he is survived by his niece, Jennifer Perry, husband Greg and children, Cecilia and Luke, of Caldwell, his nephews, Andrew Lloyd, wife Molly, and daughter, Maisie, of Meadows Place, Patrick Lloyd of Bryan, and Tanner Miller of Gilmer as well as numerous cousins. Ed was preceded in death by his parents, Roy and Phyllis Munn, of Modesto, CA and numerous aunts and uncles.

Throughout his life, Ed believed in hard work and helping others. He was known for always being willing to help wherever he could. He will be remembered for his sense of humor, telling jokes, and having a quick wit. He will be missed by all who knew him.
Read Less

To send flowers to the family or plant a tree in memory of EDGAR "ED" MUNN, please visit our Heartfelt Sympathies Store.

Receive notifications about information and event scheduling for EDGAR "ED"

We encourage you to share your most beloved memories of EDGAR "ED" here, so that the family and other loved ones can always see it. You can upload cherished photographs, or share your favorite stories, and can even comment on those shared by others.

Posted Apr 14, 2021 at 09:26pm
With fond memories of a great friend. Our deepest sympathy and prayers to Julie , Kyle and the Family. Love, Michael, Georgia Ann and Nathan Perry.

Tender Tribute was purchased and planted a memorial tree for the family of EDGAR "ED" MUNN. Send Flowers 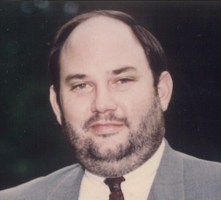 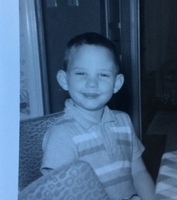