To share your memory on the wall of GARLAND GUY MUNCY, sign in using one of the following options:

He was born on February 16, 1952, in Comanche, Texas, to L. G. and Martha Bell (Cox) Muncy. On March 23, 1971, he enlisted in the United States Air Force and he retired as Master Sergeant on February 29, 1992. Guy was a loving, dedicated, father and a good friend. After retiring from the Air Force he went to work for Boeing Aerospace Company, where he was employed for over twenty years. He moved back to Comanche County after retiring from Boeing and spent much of his time fishing on Lake Proctor and riding his motor cycle.

He is survived by his son, Butch Muncy and wife Mandy of Mary Ester, Florida; grandchildren, Alyssa and Haley; and sister, Linda, of Texas. He was preceded in death by his parents, L. G. and Martha Muncy; and sister, Sharon Turner.
Read Less

To send flowers to the family or plant a tree in memory of GARLAND GUY MUNCY, please visit our Heartfelt Sympathies Store.

Receive notifications about information and event scheduling for GARLAND GUY

We encourage you to share your most beloved memories of GARLAND GUY here, so that the family and other loved ones can always see it. You can upload cherished photographs, or share your favorite stories, and can even comment on those shared by others.

Posted Feb 28, 2021 at 10:28am
Guy (Geee to a few of us) you were a fantastic addition to my life journey and I look forward to meeting up with you again someday. RIP my friend!!
Comment Share
Share via:
WG

Posted Feb 28, 2021 at 08:13am
God bless you cousin. Rest in Peace. We shall meet again someday and raise some cane, like when we were kids. Condolences to Butch and Linda and each family member.
Comment Share
Share via: 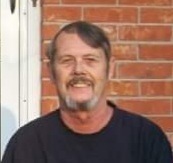