To share your memory on the wall of JANESE SEARS, sign in using one of the following options:

She was born on February 18, 1957, in Brownwood, Texas, to Wriley Mack and Lavon (Stuteville) Stark. On June 28, 1988, she was united in marriage to B. R. Sears, in Gustine. Janese was a devoted wife and mother and would do anything for family or friends. She had a great sense of humor, was straightforward and never left anyone wondering what she was thinking. She had a passion for flowers, and she loved dogs.

To send flowers to the family or plant a tree in memory of JANESE SEARS, please visit our Heartfelt Sympathies Store.

Receive notifications about information and event scheduling for JANESE

We encourage you to share your most beloved memories of JANESE here, so that the family and other loved ones can always see it. You can upload cherished photographs, or share your favorite stories, and can even comment on those shared by others.

Posted Dec 20, 2020 at 11:20am
Praying God's peace surrounds you and your family. You remain in our thoughts and prayers. We love you, Dene, Dave, Trisha, Nikki and family

Flowers were purchased for the family of JANESE SEARS. Send Flowers 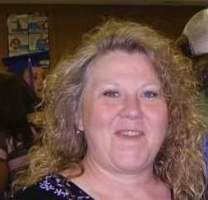