To share your memory on the wall of KEITH DODD, sign in using one of the following options:

Keith was a passionate musician, having played the guitar throughout his entire life. Patiently teaching his children and grandchildren the guitar and playing the guitar with them was a great source of pride. He had no greater joy than playing and singing together at family gatherings, both large and small.

As a member of the Canary Islands Descendants Association, Keith was an eighth-generation native Texan descended from Juan Curbelo, head of one of the sixteen families originating in Lanzarote, Canary Islands, making the long journey to the Villa de San Fernando (San Antonio, Texas) arriving on March 9, 1731. He was able to research his family lineage during a recent memorable visit to Spain and Yuco, Lanzarote, Canary Islands.

Memorial donations may be made to Alpha Omega Hospice at www.alphaomegahospice.com/contact.php (Specify to benefit the DeLeon office), or to Canary Islands Descendants Association at www.cida-sa.org.
Read Less

To send flowers to the family or plant a tree in memory of KEITH DODD Sr., please visit our Heartfelt Sympathies Store.

Receive notifications about information and event scheduling for KEITH

We encourage you to share your most beloved memories of KEITH here, so that the family and other loved ones can always see it. You can upload cherished photographs, or share your favorite stories, and can even comment on those shared by others.

George Hawkins & Garret Madderra, Bobby Burks, and other have sent flowers to the family of KEITH DODD Sr.
Show you care by sending flowers

Posted Nov 15, 2020 at 11:56pm
Elizabeth, Keith, Deryl, Cheryl, Marjorie, and the rest of the Dodd family! We love you and pray God’s comforting arms around each of you. The Goodwin family love all the Dodds as family. Keith had such a kind heart and loving gentle smile. Walter always looked up to Keith as a role model, he was one of the reasons he named his son Keith. Even after all these years and only seeing each other once in a while, we always pick up where we left off like we just saw you last week. Elizabeth, James at 92 was so sad not to be able to hug your neck but was glad to be in attendance and be able to pay his respects with the rest of us. We will always be here for all of you. We love you all. Love the Goodwin’s.
Comment Share
Share via:
DS

Posted Nov 10, 2020 at 11:45pm
May this tree be a reminder of everlasting memories of your loving husband Keith and amazing Father. All our love, Donna and Paul.

Posted Nov 03, 2020 at 11:22am
All my love and heartfelt prayers are with you during this time of loss of your kind and loving Father.

Posted Oct 30, 2020 at 02:36pm
Elizabeth, hugs to you during this sad time. I know Keith had dealt with issues and he is in a better place but that doesn't totally ease the pain of loss. Praying for comfort for you and the entire family.
Comment Share
Share via: 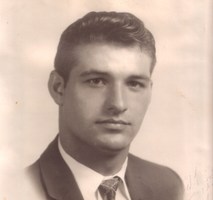