To share your memory on the wall of KENNETH MOORE, sign in using one of the following options:

Kenneth was born August 20, 1924 in Hollidaysburg, Pennsylvania to the late Roy H. and Vera Boller Moore.

After graduating from high school in 1942, he enlisted in the U.S. Army where he served in the 2nd Ranger Battalion. After serving in the Army, he began working for the Arizona Public Service Co. in Phoenix, Arizona, retiring with 35 years of service. Kenneth married Frances Boase in 1969. After retiring, Ken and Frances moved back to Comanche. One of his most enjoyments later in life was delivering trucks and cars for Bayer Motor Co. in Comanche, Texas. He was a lifetime member of the Masonic Lodge #220 F.&A.M, Scottish Rite Valley of Phoenix and Shriner El Zaribah of Phoenix, Arizona.

He was preceded in death by his wife, Frances, on February 17, 2001; parents, Roy H. and Vera Boller Moore; and step-mother, Georgia Moore.

To send flowers to the family or plant a tree in memory of KENNETH CALVIN MOORE, please visit our Heartfelt Sympathies Store.

Receive notifications about information and event scheduling for KENNETH

We encourage you to share your most beloved memories of KENNETH here, so that the family and other loved ones can always see it. You can upload cherished photographs, or share your favorite stories, and can even comment on those shared by others.

Posted Sep 10, 2020 at 07:54pm
Steve McClellan
My thoughts and prayers to Ken's family and friends. My mother, Naomi McClellan, said Ken took me for my first haircut while we were visiting Aunt Georgia ,Uncle Roy and Yvonne in Hollidaysburg. I guess something rubbed off!
Steve McClellan Masonic Lodge 343, Scottish Rite Valley of Reading
Comment Share
Share via:
BK

Posted Aug 30, 2020 at 09:32pm
Our thoughts and prayers go out to your entire family during this difficult time. God Bless you all and rest in peace Ken. 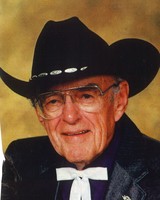