To share your memory on the wall of LEWIS HURT, sign in using one of the following options:

He was born on March 16, 1933, in Comanche County, Texas, the son of Danford Lewis Hurt and Mabel Jewel (Elliott) Hurt. He married Rita Joyce Chancellor on... Read More
Lewis Hurt, age 87, passed away on Tuesday, October 27, 2020, in Killeen, Texas.

He was born on March 16, 1933, in Comanche County, Texas, the son of Danford Lewis Hurt and Mabel Jewel (Elliott) Hurt. He married Rita Joyce Chancellor on August 6, 1953, in Comanche, Texas.

Lewis joined the United States Army in 1953 and served for twenty years, retiring from service in 1973. He began his military career serving in Korea during wartime and ended his career having served two tours of duty during the Vietnam War, with several duty stations in Germany, Virginia, and Texas in between.

After his retirement from the United States Army he began his career with the Santa Fe Railroad. He worked as a machine operator and retired from Santa Fe after twenty-two years of service.

Lewis was passionate about old cars and spent many years restoring cars and traveling to car shows.

To send flowers to the family or plant a tree in memory of LEWIS HURT, please visit our Heartfelt Sympathies Store.

Receive notifications about information and event scheduling for LEWIS

We encourage you to share your most beloved memories of LEWIS here, so that the family and other loved ones can always see it. You can upload cherished photographs, or share your favorite stories, and can even comment on those shared by others. 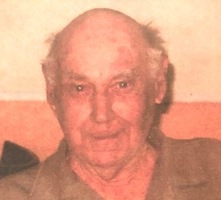