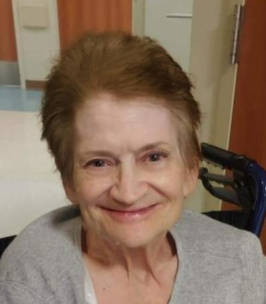 Margaret Westbrook White, 78, passed away peacefully in Comanche Hospital, surrounded by her family on March 30, 2022.

Margaret " Margie" was born November 19,1943, to Hiram Whittington Westbrook and Gertrude Wiggins Westbrook in San Angelo, Texas. Margaret attended Central High School in San Angelo, Tx and was Class of 1961. Her parents were well noted Horse/Cattle Ranchers in several states. Her entire extended family was prolific influences in West Texas, especially the San Angelo areas where their main Ranch was. As a young woman, she was an accomplished equestrian athlete. Winning many trophies & awards, competing well as a mounted archer. She went on to attend Angelo State University as a Journalist Major. She met her future husband, Ligon White, on a blind date for a college social dance. Four months later, they married on January 26th, 1963. She relocated to Bryan College Station where her husband was a student at Texas A & M & a member of the prestigious Aggie Corp. Upon double graduation they moved their little family to Austin, Texas. They stayed there raising their family until relocating to Comanche, Texas to be near her husband's family farm. Eventually building a home on that land in Edna Hill. Much Later in life, Margie worked for Walmart & loved tending the plants for the lawn & garden. After retirement, she and her husband traveled with family & friends. Margie was an excellent cook & loved baking for her family.

Arrangements will be provided by Comanche Funeral Home. Family visitation will not be held and the family will have a private graveside service.