To share your memory on the wall of MARGARET WARING, sign in using one of the following options:

She was born in Dallas to George Preston and Nima McArthur Tate as an only child. She graduated from Comanche High School in 1950 as valedictoria... Read More
Margaret Ann Tate Waring passed peacefully from this world on 20 October 2020 in Comanche.

She was born in Dallas to George Preston and Nima McArthur Tate as an only child. She graduated from Comanche High School in 1950 as valedictorian. At age 11 she decided she wanted to be a library director and she managed to spend her entire life at a job that was a play house to her.

She was a plan II graduate at the University of Texas, and her sorority, ZTA was very important to her. Still, it had been her life long goal to be a library director. Almost immediately after marriage she was called back to the home town where she set forth raising a family, but her passion was to build a library. Along with some other influential community members she seeded the local library and fertilized it and fed it for 56 years. She leaves behind an architecturally significant building to serve the public indefinitely.

She is survived by her two sons Sam of Austin TX, and Chris of Hurst TX and two grandchildren. She was pre-deceased by her former husband, Joe, and her youngest son Joe Paul.

To send flowers to the family or plant a tree in memory of MARGARET ANN TATE WARING, please visit our Heartfelt Sympathies Store.

Receive notifications about information and event scheduling for MARGARET

We encourage you to share your most beloved memories of MARGARET here, so that the family and other loved ones can always see it. You can upload cherished photographs, or share your favorite stories, and can even comment on those shared by others.

Posted Nov 23, 2020 at 09:34am
I was fortunate to know Margaret through the Texas State Historical Association, and I have seldom met anyone who so consistently offered warmth and generosity to others. Her love for and dedication to local history, history in general, and libraries brightened many lives, mine among them. She was a gift.
Comment Share
Share via:
PW

Posted Oct 24, 2020 at 12:39pm
What a treasure Margaret left to the people of Comanche and others far & wide! I remember while doing research there, meeting a nice young man from the state of Georgia who spent his summer vacations in Comanche because of the genealogy section of the library. I wish her knowledge of genealogy and local history could have been downloaded from her brain to the library computers.
The books she compiled on all the county cemeteries, the census indexes for Comanche County that Mary Hart left, and so many other treasures are priceless. But best of all was her way with words, and her friendship. I hope she realized how much she was loved by so many.
May God comfort her family at this time,
Pat Williams Welch

Posted Oct 23, 2020 at 01:05pm
When I retired from Aerospace in Sacramento, California and moved to Brownwood, the Comanche Public Library was one of the first places I visited. That was my destination because I had read about this little gem of a Genealogy resource and it's dedicated Director, Margaret Warring.
This article was an online resource for outstanding Genealogy Research libraries. Margaret and I became friends from that point on. I helped her setup a small computer area for research. She was a Lifetime Member of the Pecan Valley Genealogical Society in Brownwood, and loved by all of the members of that group.
She was a generous, unassuming individual dedicated to her profession. Kind and caring, she will be greatly missed by many people not only in Comanche, but around the state.
Clay Riley
Brownwood, Texas
Comment Share
Share via:
ED

Posted Oct 22, 2020 at 12:13pm
Adios, pasiano. I always remember Margaret’s smile and grace. She always met me with, “It is so good to see you”—and you believed it. I will miss knowing she’s in our world, but know she’s helping out in heaven’s library.
Comment Share
Share via:
S

Posted Oct 21, 2020 at 08:29pm
I always remember Margrite, being very interested in everything. And would remember her always walking around town on the square, visiting. Very pleasant talking to talk to. She knew just about everything, and everyone. If she didn't, she made a point to know. And could always call us by our name. Going to miss you Margaret.
Comment Share
Share via: 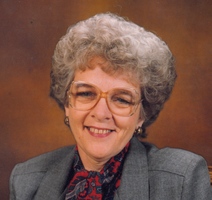