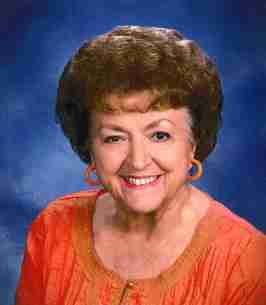 Pauletta Dolores Myers was reunited on October 27, 2021 with her beloved husband Ray and son Michael in her home in Heaven where she will live free of pain and in peace. Pauletta was born October 6, 1929 to her father Richard and mother Paula (“Muti”) Bay in Chicago. They moved to Mission where she graduated from high school, married Ray Myers, and raised her sons Michael and Richard, and daughter Heidi. She was a devoted and faithful wife and mother and friend to many. She loved to play bridge, later becoming a Grand Master, along with being an accomplished pianist. She was an active member of her churches alongside Ray. Pauletta was preceded in death by her mother, father, and her oldest son Michael. She is survived by son Richard (Nancy) Myers, daughter Heidi (Michael) Lawrence, and daughter in law Cindy (Mike) Burke, as well as grandchildren, Ellen and Chad, Mitch and Whit, Lanie and Sean and nine great grandchildren who loved their Mimi very much.

Condolences may be offered on line at www.comanchefh.com.