To share your memory on the wall of PAZ ESCOBAR-ALVAREZ, sign in using one of the following options:

Print
FAMILY WILL HAVE LUNCH AT COMANCHE COMMUNITY CENTER FOLLOWING THE FUNERAL SERVICES.

Paz Escobar- Alvarez passed away peacefully at his home in the presence of his family and loved ones on March 16, 2021.

Paz was born on Janu... Read More
FAMILY WILL HAVE LUNCH AT COMANCHE COMMUNITY CENTER FOLLOWING THE FUNERAL SERVICES.

Paz Escobar- Alvarez passed away peacefully at his home in the presence of his family and loved ones on March 16, 2021.

Paz was born on January 24, 1931 in El Tepeyac, Mexico. He spent most of his years in Comanche, Texas. Paz met the love his life, Maria Romero, while growing up on the ranch in a small Mexican town. They later married in July of 1950. Paz was a loyal and dedicated dairyman working for various dairies in Comanche County. His latter years were spent working for Gore’s Dairy, Inc. After retiring, he spent his days taking care of grandchildren and great-grandchildren. Paz will be remembered for his infectious smile, love of wrestling, sitting in his recliner and drinking his daily dose of Coca-Cola. Most importantly, his sacrificial love and his servant heart will never be forgotten.

To send flowers to the family or plant a tree in memory of PAZ ESCOBAR-ALVAREZ, please visit our Heartfelt Sympathies Store.

Receive notifications about information and event scheduling for PAZ

We encourage you to share your most beloved memories of PAZ here, so that the family and other loved ones can always see it. You can upload cherished photographs, or share your favorite stories, and can even comment on those shared by others.

Mucho Amor, The Cortez Sisters, With love, Simon & Nency Escobar, and other have sent flowers to the family of PAZ ESCOBAR-ALVAREZ.
Show you care by sending flowers

Posted Mar 19, 2021 at 04:36pm
Please accept our most heartfelt sympathies for your loss... Our thoughts are with you and your family during this difficult time.

3 trees were planted in the memory of PAZ ESCOBAR-ALVAREZ

Posted Mar 18, 2021 at 11:08pm
Condolences to the Escobar family. Hoping the memories will carry you in the days to come. Continued prayers for all of you. Cuiden mucho a la abuela

Posted Mar 17, 2021 at 11:27pm
Please accept our most heartfelt sympathies for your loss.Our thoughts are with you and your family during this difficult time. 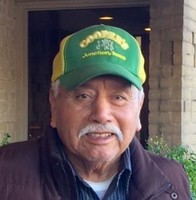