To share your memory on the wall of ROBERT \"BOB\" POYNOR, sign in using one of the following options:

Print
Bob Poynor, age 88, entered his eternal home in heaven on Monday, September 14, 2020 at his home in Comanche, Texas. He was born on September 17, 1931, in McCamey, Texas, to Carnis and Virginia Poynor.

After serving four years in the ... Read More
Bob Poynor, age 88, entered his eternal home in heaven on Monday, September 14, 2020 at his home in Comanche, Texas. He was born on September 17, 1931, in McCamey, Texas, to Carnis and Virginia Poynor.

After serving four years in the U.S. Air Force, he enrolled in Howard Payne College, where he met Janette Chandler, whom he married in 1957 in Dallas, Texas. He was a devoted husband, father, grandfather and great-grandfather. Other than his relationship with the Lord, his family was the most important thing in his life. He and Janette enjoyed gardening together as well as being active members of the Comanche Art Association.

Bob served as a Life Service Deacon at First Baptist Church of Comanche. He and Janette were instrumental in establishing and working in the Homebound Ministry Team.

He is survived by his wife, Janette. They recently celebrated their 63rd wedding anniversary. He is also survived by his son, Scott Poynor and wife, Kim of Prosper; his daughter, Jana Clamp of Mansfield; four granddaughters, Michella Nassar and husband Richard of Duncanville, Rebekah Poynor of Dallas, Laura Benge and husband Matt of Salt Lake City, Utah, Spenser Miles of Rowlett; one grandson, Chandler Clamp of Mansfield; two great-grandchildren, Judah Nassar and Hannah Nassar; and brother, Johnny Poynor and wife Zulean of Comanche; sister-in-law Joyce Mangum and husband Gordon; sister-in-law, Vivian McIlraith; and numerous nieces and nephews. He was preceded in death by his parents, Carnis and Virginia Poynor.

Bob will be remembered for his humility and compassion, but most of all for his deep faith in Jesus Christ.

LUNCH: Family will have lunch at First Baptist Church at 12:00 Noon on Friday.

To send flowers to the family or plant a tree in memory of ROBERT "BOB" POYNOR, please visit our Heartfelt Sympathies Store.

Receive notifications about information and event scheduling for ROBERT "BOB"

We encourage you to share your most beloved memories of ROBERT "BOB" here, so that the family and other loved ones can always see it. You can upload cherished photographs, or share your favorite stories, and can even comment on those shared by others.

3 trees were planted in the memory of ROBERT "BOB" POYNOR

Posted Sep 18, 2020 at 10:09am
In memory of Robert "Bob" Poynor, a man of deep faith, committed to his family and friends. Charlie & Ellen McMurrey on behalf of all descendants of Julian Poynor
Comment Share
Share via:
LN

Posted Sep 17, 2020 at 08:02am
Jana & Chandler, Our thoughts and prayers are with you and your entire family. Celebrate a life well-lived and the legacy left behind.

Posted Sep 16, 2020 at 05:42pm
Sending our deepest condolences along with our love and prayers. Bobs tender smile and kind heart will be missed by all. Love all The Baird families 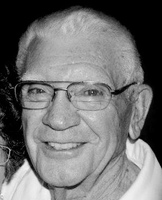