To share your memory on the wall of RUSSELL \"RUSTY\" DURHAM, sign in using one of the following options:

Print
MEMORIALS: Memorials may be sent through the Alzheimer’s website ALZ.org or to the charity of your choice.

Russell “Rusty” Len Durham, 75, went to be with the Lord on Monday morning, August 10, 2020. He was comfortably at his home... Read More
MEMORIALS: Memorials may be sent through the Alzheimer’s website ALZ.org or to the charity of your choice.

Russell “Rusty” Len Durham, 75, went to be with the Lord on Monday morning, August 10, 2020. He was comfortably at his home in Fort Worth, Texas with his wife of 52 years, Jane Caraway Durham, at his bedside. Rusty had fought hard, but finally lost his battle with Alzheimer’s Disease.

Rusty was the only child of Ted and Gladyce Durham of Comanche, Texas, the grandson of Nugent “Big Bop” and Marguerite “Little Mom” Hill Durham, also of Comanche, and Paul and Linda Wellnitz of Wisconsin. He was also preceded in death by his aunt and uncle, Charlotte and Chester McKenzie, aunt and uncle Peggy and Lannes Hope, and brother-in-law Jim Wilkerson.

He was a 1963 graduate of Comanche High School where he excelled both academically and athletically. In 1968 he graduated from Texas Tech University with a mathematics degree. While at Texas Tech he was a member of the Pi Kappa Alpha fraternity, and the Texas Tech Men’s Track & Field team. He was an All-Time Letterwinner in track & field (javelin) in 1967-68. On May 3, 1968, Rusty set the Southwest Conference record for the javelin throw at 240 ft. 8 in. This record lasted for many years, and to this day that throw still ranks as the fourth best in Texas Tech University history.

On August 24, 1968 Rusty married Jane Caraway. They were married 52 years and had known each other most their lives. For growing up, Jane just so happened to be the girl next door. Rusty started his career at LTV as an industrial engineer, but soon after moved to Fort Worth to pursue a career as a stockbroker. While working in the heart of downtown Fort Worth, Rusty developed a love for the city and was involved in countless organizations. Rusty and Jane have lived in Fort Worth ever since.

Rusty was the proud father of three sons, Cole, Tyler, and Miles. He spent countless hours investing in their lives, helping them pursue their dreams in sports and life.

To send flowers to the family or plant a tree in memory of RUSSELL "RUSTY" LEN DURHAM, please visit our Heartfelt Sympathies Store.

Receive notifications about information and event scheduling for RUSSELL "RUSTY"

We encourage you to share your most beloved memories of RUSSELL "RUSTY" here, so that the family and other loved ones can always see it. You can upload cherished photographs, or share your favorite stories, and can even comment on those shared by others.

The Henry Family sent flowers to the family of RUSSELL "RUSTY" LEN DURHAM.
Show you care by sending flowers

Guaranteed hand delivery by a local florist
BC

Posted Aug 19, 2020 at 12:35pm
Jane, our condolences to you and yours and know that our hearts and prayers are with you at this time. Wishing you blessings and peace, Barbara Evans Chowning and family
Comment Share
Share via:
LJ

Posted Aug 12, 2020 at 04:01pm
We are all thinking of you all. Our family had such great memories of Rusty. He was such a big part of what made Arlington Heights so special.

The Henry Family purchased flowers and planted a memorial tree for the family of RUSSELL "RUSTY" DURHAM. Send Flowers 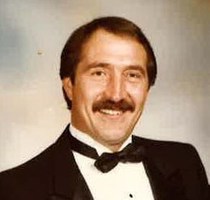