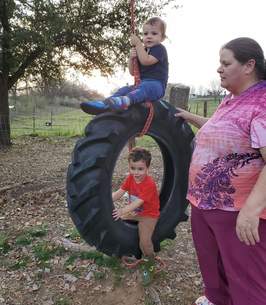 Terry and Shelly were united in marriage on December 20, 1981, and together they raised and are survived by four children: Terry Lee Hogan, Jr., Christopher Hogan, Cortney Hogan, and Melissa Morgan, and were the proud grandparents of seven grandchildren.

Shelly was born on May 12, 1962, in Orville, California, to Vernon and Hazel (Apel) Orear. She was a phlebotomist at Walker Cancer Center in Brownwood. She is survived by five sisters and one brother Cathy, Joyce, Carol, Shirley, Karen, and Kenneth. She was preceded in death by her parents, Vernon and Hazel Orear; sisters, Elizabeth, Lynda, Melanie, and Darla, and brother, Kevin.