To share your memory on the wall of SHIRLEY KIMBLE, sign in using one of the following options:

She was born on October 18, 1948, in Union County, Indiana, the daughter of Lonnie and Debbie Sue Kilgore. Shirley was united in marriage to Bill Kimb... Read More
Shirley Kimble, age 72, passed away on Wednesday, June 2, 2021, in Fort Worth, Texas.

She was born on October 18, 1948, in Union County, Indiana, the daughter of Lonnie and Debbie Sue Kilgore. Shirley was united in marriage to Bill Kimble in Comanche, Texas on October 14, 1978. He preceded her in death on June 14, 2019. She was devoted to her family and loved being involved in their activities. As a young woman Shirley graduated from the University of Texas Arlington and began teaching math. She taught in several school districts in Texas until she changed careers and began working as a social worker for Texas Department of Health and Human Services. She was an avid reader, and loved to do genealogy research.

To send flowers to the family or plant a tree in memory of SHIRLEY KIMBLE, please visit our Heartfelt Sympathies Store.

Receive notifications about information and event scheduling for SHIRLEY

We encourage you to share your most beloved memories of SHIRLEY here, so that the family and other loved ones can always see it. You can upload cherished photographs, or share your favorite stories, and can even comment on those shared by others. 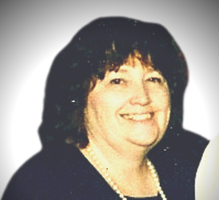