To share your memory on the wall of WAYLAND ABBEY, sign in using one of the following options:

He was born October 4, 1929, in Comanche County, Texas, to Edgar Carroll and Bernice (Kelley) Abbey. Wayland was a decorated Korean War Veteran, serving in the United States Army from 1947 until 1954. On May 5, 1953, he was united in marriage to Shirley Carter in Lovington, New Mexico. He was a devoted husband, father, grandfather, great-grandfather and great-great-grandfather. For fourteen years Wayland was employed as Maintenance Supervisor at American Plant Food, and later owned and operated Abbey’s Welding Service in Comanche. He was a faithful Christian, lived a life of service, and was a Deacon at East Side Baptist Church.

Due to Corona-19 virus concerns there will be no scheduled family visitation.
Read Less

To send flowers to the family or plant a tree in memory of WAYLAND ABBEY, please visit our Heartfelt Sympathies Store.

Receive notifications about information and event scheduling for WAYLAND

We encourage you to share your most beloved memories of WAYLAND here, so that the family and other loved ones can always see it. You can upload cherished photographs, or share your favorite stories, and can even comment on those shared by others.

Posted Dec 22, 2020 at 06:58pm
This is always a time of mixed emotions as we were sad to learn of Waylon's passing. Knowing Waylon as I did,
I chose to celebrate his entrance to heaven and into the presence of our Lord and Savior Jesus Christ. I will miss him, but will see him again soon. We shared many blessed times in Sunday School.

May God Bless and Keep You, Michael and Brenda Williams 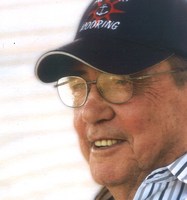