To share your memory on the wall of JACKIE CLARK, sign in using one of the following options:

Print
MEMORIALS: If desired, memorials may be made to Alzheimer's Association P.O. Box 3344 Abilene, Texas 79604.

He was born on October 20, 1933, in Sidney, Texas to Cecil Paul Clark and Ruby (Hillard). On March 6, 1953, he was united in marriage to Maudie Lee Armstrong. She preceded him in death on October 3, 2012. Jackie was a farmer/rancher for many years. He served in the National Guard and was a member of the Sidney Church of Christ. He served on the Board of Directors of Production Credit.

He was preceded in death by his parents, Cecil and Ruby Clark; and two brothers, Loel Dene Clark and Jerry Clark.
Read Less

To send flowers to the family or plant a tree in memory of JACKIE D CLARK, please visit our Heartfelt Sympathies Store.

Receive notifications about information and event scheduling for JACKIE

We encourage you to share your most beloved memories of JACKIE here, so that the family and other loved ones can always see it. You can upload cherished photographs, or share your favorite stories, and can even comment on those shared by others.

Don, Chris, Debra and Mike sent flowers to the family of JACKIE D CLARK.
Show you care by sending flowers

Posted Sep 09, 2020 at 04:35pm
So sad to hear about Uncle Jackie - he will be missed. You all are in our thoughts and prayers. Let us know if you need anything.

Posted Sep 08, 2020 at 10:45pm
Our heartfelt condolence lifting Jackie's love ones up in prayer. He was a friend to all with that wonderful smile.
Our hat is off remembering the many years of service gave to the Comanche County Area people. Comanche County's
Agricultural producers will miss his leadership serving on many Boards. He always had time to visit and talk about the times, family, etc. With much love and appreciation. In Christ's Love,
Ruth Merle & Tim Matthews
. 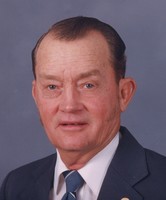