To share your memory on the wall of WILLIAM REED, sign in using one of the following options:

He joined the Army National Guard after graduating from Sidney High School and served several years before volunteering for active duty during the Korean War. During his time in the military, he spent 1 year in Germany. He met Linda Ann Glasgow of Sidney, Texas and married shortly afterwards on December 3, 1955 in Comanche, Texas. They were married for 59 years. She preceded him in death on February 2, 2014.

He is survived by his two daughters, Cheryl Simmons and husband Mark of Midland, Texas and Julie Bumpus and husband Joe of Kerrville, Texas; one son, William C. Reed Jr. (Bill) of Midland, Texas; 10 grandchildren, 14 great-grandchildren; two sisters, Christine Steed and husband Bud of DeLeon, Texas and Pearl Swafford of Colorado Springs, Colorado; two brothers, Mansel Reed and wife Carolyn of Stephenville, Texas and Travis Reed and wife Bobbie of Odessa, Texas; and numerous nieces and nephews. He was preceded in death by his parents, George William Reed and Lula May (Drennan); one grandson, Cory Simmons; and two brothers, Grady Reed and Cecil Reed.
Read Less

To send flowers to the family or plant a tree in memory of WILLIAM C REED, please visit our Heartfelt Sympathies Store.

Receive notifications about information and event scheduling for WILLIAM

We encourage you to share your most beloved memories of WILLIAM here, so that the family and other loved ones can always see it. You can upload cherished photographs, or share your favorite stories, and can even comment on those shared by others.

Your friends at American Income Life sent flowers to the family of WILLIAM C REED.
Show you care by sending flowers

Your friends at American Income Life

Posted Nov 23, 2020 at 12:00pm
Dominique - Our heartfelt condolences for the loss of your grandfather, William Reed.

Your friends at American Income Life purchased flowers for the family of WILLIAM REED. Send Flowers

Posted Nov 23, 2020 at 08:48am
Please accept our most heartfelt sympathies for your loss... Our thoughts are with you and your family during this difficult time.

Flowers were purchased for the family of WILLIAM REED. Send Flowers 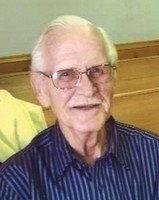